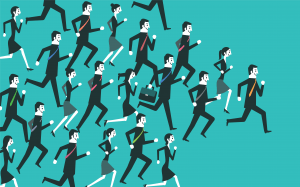 ARC’s campaign of general principle closely follows our overriding objectives, and commenced at the same time as our campaign in respect of the Agency Workers Regulations.

The campaign emerged as a result of a continuous administration focus, particularly under the last Labour government, on the need to protect ‘vulnerable agency workers’ and a perception promoted by certain sources that recruitment agencies are unscrupulous and exploit agency workers. Statistical analysis by the Employment Agency Inspectorate, part of the Department of BIS, shows a tiny level of successful complaints by workers against agencies. It follows that the basis for more regulation and a negative portrayal of the recruitment industry is largely unwarranted, yet little has been done to counter it.

The concept of the ‘vulnerable agency worker’ is one that arose primarily during the last Labour administration, and is a concept that is recognised within the European Union. However, a review of cases used by supporters of more regulation, for example the TUC, is often based upon an artificial picture of a problem that needs addressing. The unfortunate implication that all agency workers are vulnerable is simply wrong. In the vast majority of the examples put forward there are already adequate laws to protect the workers concerned. The fault is not therefore that there is insufficient law, rather that the existing general laws, for example the National Minimum Wages Act, are not being properly enforced.

In addition there is little focus on recognising agency workers as a valuable and essential resource and a fully accepted alternative to employment. Many workers choose to find their work through agencies as a lifestyle choice, and others use agencies to help them get experience and on the employment ladder. We encourage the government to recognise and allow for this rather than simply focus only on employment. The Movement for Agency Work campaign addresses these issues. So for example where the government indicates that 6th form students should be taught about their employment rights, we say they should also be told of the alternative options to direct employment, and the facilities that recruitment companies offer.

What can you do?

Your voice matters. Get it heard – join ARC as a Core Member