A Challenge to False Self Employment Legislation – Agency Tax 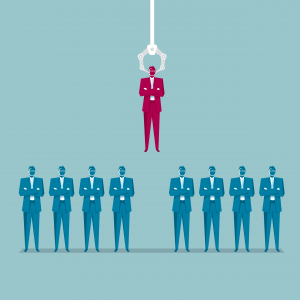 In April 2014 ss.44-47 Income Tax (Earnings and Pensions) Act 2003 (known as the agency tax regulations) were amended to tackle ‘false self-employment by including new more onerous rules for when an agency must pay a worker subject to PAYE and NICs.

ARC believes that these tests are unfair. In particular the SDC test of false self-employment is unworkable in practice because in the absence of case law, no one really knows what it means. What evidence could they rely upon to show that SDC did not exist? This leaves agencies who wish to pay those who it believes are genuinely self employed at risk unless they pay by way of PAYE and NICs, even if the payments are under the Construction Industry Scheme (CIS).

ARC believes that the SDC test, which has been around for many years but applied in reverse, is outdated and confusing, and to be fair it should be replaced by a more simple understandable test which establishes genuine self employment status for this tax purpose.

As regards the fraudulent document defence, the test of ‘fraud’ is too high, with it near impossible for an honest agency to know whether the document was provided dishonestly (where it would be fraudulent) or by mistake, perhaps under a misunderstanding of the meaning of the law. Agencies relying on a document from a hirer that there is no SDC could particularly be at risk, as the statement may be wrong, yet it may have been given honestly.

There is therefore a lack of certainty. ARC’s campaign is that Agencies should be able to rely on documents that are ‘false’, where honesty is irrelevant, and it should not be left for HMRC, which may have access to information which the agency is not privy to, to determine the honesty of the party who gives the document or the intent behind it.

The result of the new rules is that risk averse agencies will only pay individuals by way of PAYE even if there is actually no SDC by anyone. Since many genuinely self employed workers work through agencies this can only lead to attempts at avoidance or withdrawal of some workers from the agency market, neither of which is healthy for the industry.

Objectives – to remove uncertainties in this tax law and support the status of genuine self employed workers who operate through agencies.